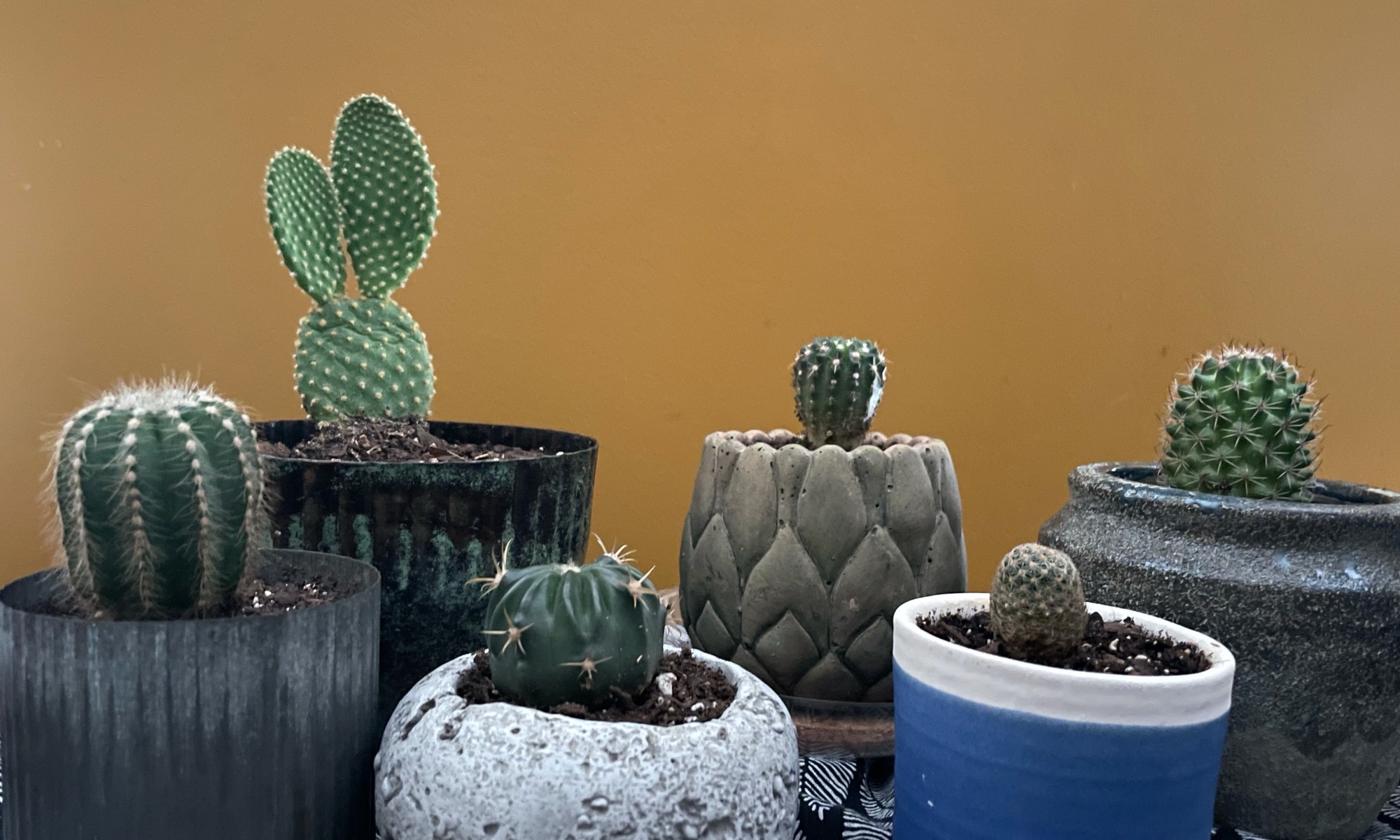 Hey guys!!! So it’s been a while since I have been on here and since I did a plant update. There definitely has been a lot that happened since I last updated, including getting new plants and propagating! Yes I propagated a plant you guys!! As of now I have a total of 18 plants and 4 propagations going. This journey has not exactly been smooth sailing, I have had 7 losses. I started this adventure with plants in August of 2020.

I started off with mostly succulents and now currently not only have those but air plants, a calathea, a peperomia, and an alocasia. I have gotten plants from a variety of places such as Lowe’s Home Improvement, Home Depot, and local nurseries. I even successfully had a flower grow and bloom. [see this post for details about the flower] Also, I gradually have gotten supplies for my plants and this spring also started using fertilizer on a few of them. Let’s talk about the plants I currently have and their names!

August 2020: I bought an Aloe Vera plant from Lowe’s Home Improvement. I named him Bender, inspired by a hilarious cartoon Futurama. Days later I went to Atlantic Gardening Center for the first time and bought a cactus I named Nibbler, his name was also inspired by Futurama.

September 2020: I went to Atlantic Gardening Center again and I got a Bunny Ear Cactus, scientifically known as opuntia microdasys. I named him M’Baku, inspired by the Marvel movie Black Panther. I bought his pot from World Market, one of my favorite stores.

October 2020: I stopped by Atlantic Gardening Center a few times and got two cacti from there. Their names are Scruffy and Bones. Scruffy’s name was inspired by a character from Futurama. I got Bones’ name from the character Leonard ‘Bones’ McCoy from the iconic show Star Trek. I also went to Logan’s Garden Shop, another local nursery for the first time and got a pot from there for a Jade Plant, scientifically known as Crassula Ovata, I got from Home Depot. I named her Troi in homage to a character from Star Trek, Deanna Troi.

November 2020: I went to Logan’s Garden Shop again, I bought a Calathea Concinna, aka Calathea Freddie. Her name is Scottie and it was inspired by the character Montgomery’s Scott from Star Trek.

January 2021: I went to Atlantic Gardening Center and found a cute Euphorbia Fruticosa Inermis and his name is Fury after Agent Nick Fury from the movie Captain Marvel. Later that month I went to Wegmans on the hunt for a Watermelon Peperomia and got that an air plant, a Tillandsia Abdita to be exact. I named the Watermelon Peperomia Worf, in honor of a character from Star Trek. My air plant is named Keiko, inspired by Keiko Ishikawa from Star Trek.

March 2021: I went to Gunter’s Greenhouse for the first time. I got a tiny cactus there that I named Groot, his name is inspired by the character Groot from the movie Guardians of the Galaxy. Later that month I went by Wegmans and got another air plant, a Tillandsia Ionantha named Quark. His name is an homage to the character Quark from Star Trek.

April 2021: I went to Gunter’s Greenhouse again and got a plant I had on my wishlist, an Alocasia Black Velvet. I got his pot from Lowe’s Home Improvement. His name is T’Challa, in honor of the iconic King T’Challa from the Marvel movie Black Panther (RIP Chadwick Boseman). Later in April, I propagated a leaf off of my watermelon peperomia. Cut the leaf off the plant with my shears and then cut the leaf in half, leaving part of the stem on. I used soil, a plastic cup, and a sandwich bag for each leaf half.

May 2021: I went to Atlantic Gardening Center and got a cactus and an air plant, a Tillandsia Ionantha Fire of Tinco. My cactus is named Hermes inspired by Hermes Conrad, a character from Futurama. My air plant is named Riker, an homage to William Riker a character from Star Trek. Later on in the month I got another Jade Plant to add to Troi. I decided to check my propagation and found out one had roots. I also decided to drain access water and added soil. I also decided to propagate another leaf.

I am thrilled to be seeing progress in my propagations and to see my plants thriving and growing. Having plants has been so fun and rewarding. I’ve learned a lot from web searching, Instagram, Facebook Groups, Pinterest, and TikTok. You can keep up with my adventures as a plant mom and other things on the blog on Instagram, Facebook, Twitter, Pinterest, and TikTok. Thank you for reading!!!